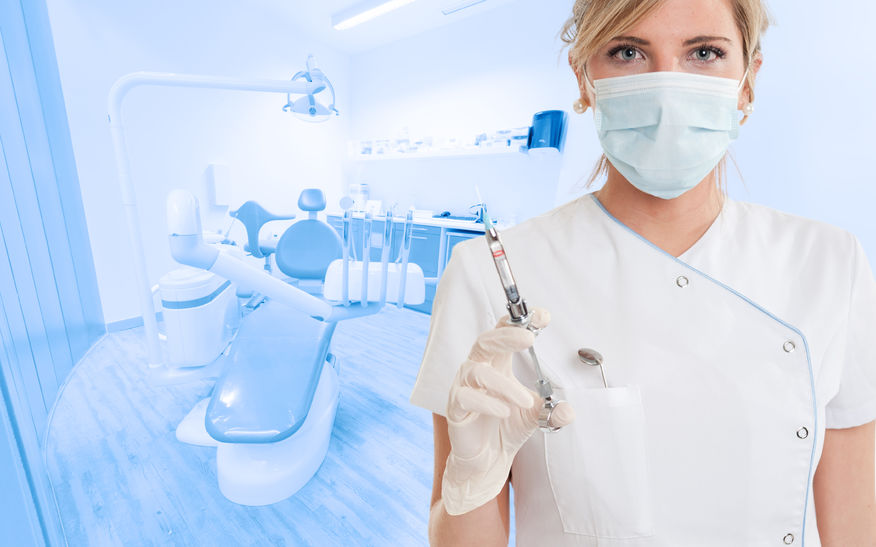 Just the other day I had an experience involving longtime patients that left me with such feelings of outrage and disgust that I felt compelled to put pen to paper. The tale I’m about to tell you contains what I consider a flagrant demonstration of audacity and greed that borders on outright professional misconduct.

Jack and Dianne (Fictitious name – sorry John Mellencamp!) are a lovely couple who’ve been coming to this office for their dental care for over forty years. They were first patients of my former partner and when he retired, they decided to become my patients, and a beautiful now 25-year relationship was born.

Wonderfully intelligent salt-of-the-earth types, Jack and Dianne raised two (now adult) children in Manhattan while juggling professional careers in public relations and education. Preceding their golden years, they took full advantage of the professional and cultural stimulation of New York City life. In addition, they were lucky enough to own a home in the Hamptons, which offered them much deserved, needed and desired spiritual and physical renewal. Avid golfers and bridge players, Jack and Dianne enjoyed an active social life every summer in the halcyon ambiance of the East End.

Today, faced with the limitations of advanced years and declining health, Jack and Dianne’s ability to continually shuttle between the city and the country began to waver. So, they transitioned to making their second home near the beach into their primary residence. That meant they had to find a new dentist who was more convenient.

That was three months ago.


Jack and Dianne were a meaningful part of my professional life that spanned decades. I considered them a part of my “extended family.” So, it was a sad realization that I was no longer going to see them at least twice a year in my dental chair. But such is a familiar pattern in the life of a dentist who shares decades-long relationships with so many patients. Parting is such sweet sorrow.

Two weeks ago, I received a frantic call from their daughter, Lucy. She was in distress because her parent’s new (“prominent”?) dentist had informed her parents that they both needed extensive (code word: expensive) dental work.

And even worse, Lucy’s father (Jack) had been disinvited to be a patient, as he was deemed “too disruptive”! He was told he would have to seek care elsewhere.

Truth be told, Jack is as gentle as a lamb. But he had lost much of his hearing from a childhood illness and at times his voice is unexpectantly and disproportionately loud. (Not uncommon for hearing impaired people). Apparently this “prominent dentist” did not have the patience (or compassion) for him.

It was decided that Jack and Dianne should come into the city so I could evaluate their respective situations. When they arrived in my office, Lucy was beside herself – fraught with worry about the magnitude and cost of what “Dr. Hamptons” had recommended.

Jack and Dianne, on the other hand, were cool, calm and collected because they were at home once again – at my office.

Dianne’s exam was first. I reviewed x-rays that had been sent to me from the Hamptons practice. I took additional x-rays, too. Then I compared them to those that spanned the more than the 20 years she’d been coming here.

Then I examined the written treatment proposal that “Dr. Hamptons” presented.

It included two root canals, three crowns, and gum surgery. Total cost: $8,000! But nothing I saw in any of Dianne’s x-rays or in her entire dental history indicated that she needed even a tiny fraction of that work. In fact, all she needed was a good cleaning and a filling replaced. Total cost: less than $600.

My conclusion? A total scam!

My conclusion is NOT simply a matter of a professional difference of opinion. Not only did Dianne not need the dental care proposed, some of the treatment recommended was not even possible. It could not be done by anyone. (For illustrative purposes as an example, a root canal cannot be performed on a tooth that doesn’t have a root.)

Jack’s turn in my chair was equally astonishing. It seems a periodontist works alongside “Dr. Hamptons”. This periodontist had evaluated a dental implant, which had placed for Jack six months prior, and was ready for a crown. The information sent from this periodontist indicated that the implant was loose! Loose means it failed.

I examined the implant and it is rock solid, firmly integrated, ready to be restored, and not loose in the least. I confirmed that by testing it with a special digital instrument designed to assess an implant’s integrity.

Even more disturbing is this: Jack had a very old permanent bridge, which I’d been keeping an eye on for more than two decades. The bridge is gone! “Dr. Hamptons’” periodontist had removed it and its supporting teeth – leaving poor Jack with no teeth at all on one side.

When Jack had visited me merely six months ago the bridge was a little worse for the wear, but still very much intact and solid. And while it’s true that something untoward could have happened during the ensuing months, in the context of what I observed, I am very doubtful.

“Dr. Hamptons” treatment plan for Jack, get ready for this, indicates numerous dental implants and a brand new bridge – for a whopping $40,000!

Overall, Jack and Dianne were in my office for well over two hours and much of that time was spent calming down their daughter. She was very upset – and understandably so.

“How can this have happened?” “Who could do such a thing?” “Why would someone take such advantage of an elderly couple who may be losing their bearings?”

Sadly, I did not have an answer for her.

But, I had to ask, why did Jack and Dianne choose “Dr. Hamptons” in the first place? Their answer: “The office is beautiful. It’s busy. It’s in a great location. And the dentist drives a Bentley.”

Unfortunately, there are many unscrupulous medical professionals whose selfish self-interest is exercised at the expense of their patients, who trust them.

I hope this little ditty ‘bout Jack and Dianne can be a missive of caution for you.

Dentists have always ranked amongst the most trusted professionals. One bad apple does not spoil the whole barrel, but it can certainly cause harm to unsuspecting souls.

When seeking care, especially from a new dentist, please verify that this person can be trusted. Ask around. Check online reviews. And get a second opinion (like Jack and Dianne) before committing to extensive treatment.

It’s going to be a schlep for Jack and Dianne to come all the way into the city for their dentist appointments. But it’s sure nice for me to have them back again!

Dr. Michael Sinkin is a dentist in New York City. He is known throughout the city for the wonderful care he and his staff give their patients and for his wicked sense of humor. For more about Dr. Sinkin, link here.