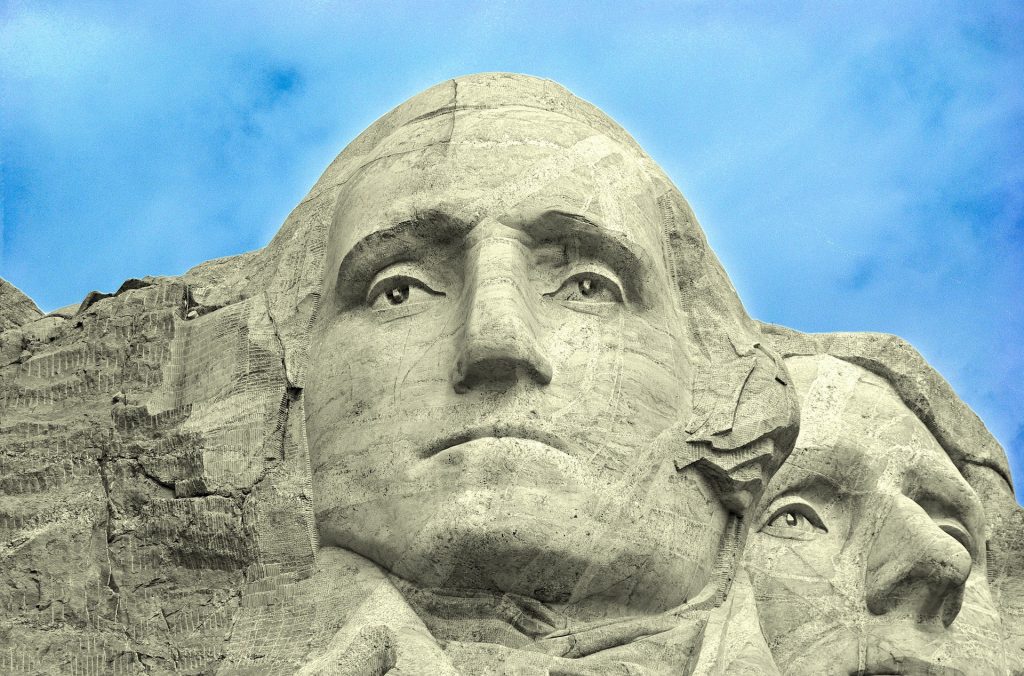 Inspired by the arrival of President’s Day, I feel compelled to reveal the truth behind the myth that George Washington had wooden teeth.

Though he was plagued by toothaches all of his adult life and was known to have been treated by some of the most prominent dentists in Colonial America, George Washington never had wooden teeth. But he did have dentures.

Yes, in the 18th-century dentures did exist. They were made from porcelain, gold, hippopotamus tusk, elephant ivory, or even human teeth. But never from wood.

Miraculously, one of General Washington’s lower dentures still exists. It’s at The Museum of Dentistry in Baltimore, Maryland, and was given to the museum by his descendants. It’s was made from ivory and includes some of his own teeth. Here’s a photo from the museum’s website: 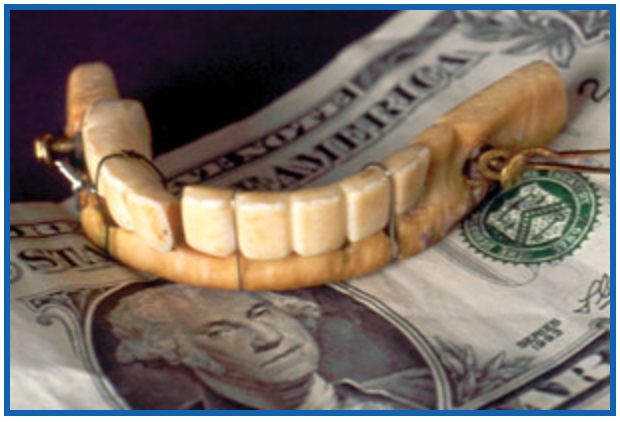 By the time he was inaugurated as the first president of the United States, General Washington had but one tooth left in his mouth. His lower left bicuspid for those of you who are dentally curious.

In addition to his nearly constant battle with tooth pain, the ravages of dental disease physically marred the father of our country. He had a scar on his left cheek, which is believed to have been caused by an abscessed tooth. When he sat for his presidential portrait in 1796, the artist Gilbert Stuart had to use cotton to plump out the president’s lips and cheeks because his facial features were so sunken.

President Washington also complained about his discolored teeth to his dentist, Dr. John Greenwood. The doctor’s advice? “…take them (his dentures) out after drinks and put them in clear water and put in another set, or clean them with a brush and some chalk finely scraped.” This might be the first documented case of cosmetic dentistry.

So, on this President’s Day, as we celebrate and remember the contributions of President George Washington (and, of course, Abraham Lincoln), let us not forget that while little George could not tell a lie when he cut down that cherry tree, he did not brush his teeth before going to bed.

Did you know? Dental implants can be more affordable than dentures. Find out more here: The Cost of Dental Implants vs. Other Tooth Replacement Procedures