I Was Just Attacked In The NYC Subway… 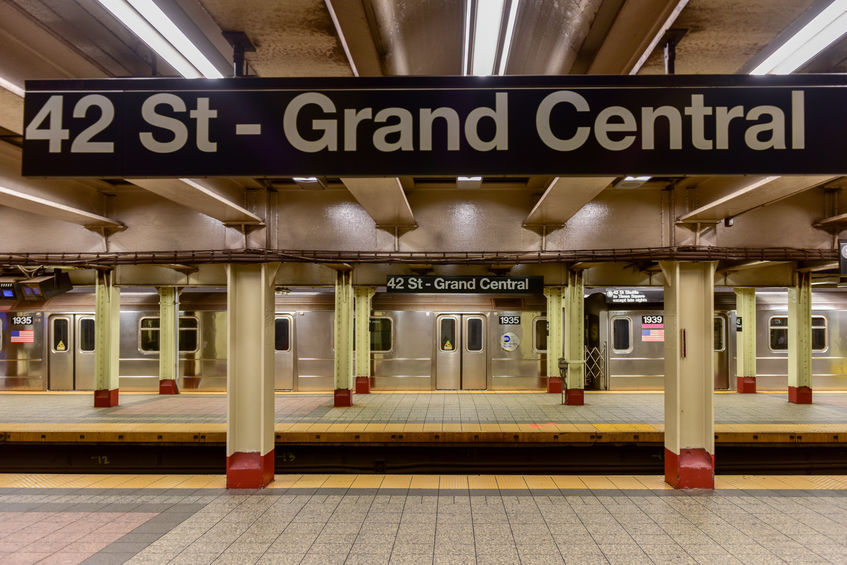 Woulda, Coulda, Shoulda – Questions I asked myself after being attacked by an umbrella-wielding miscreant in the NYC subway.

Finally! There are encouraging signs that New York is making in-roads back from the brink and returning to what looks and feels like a path to normalcy. Restaurants are bustling with activity thanks to warmer weather, innovative outdoor eating accommodations and greater allowances for indoor dining. On any given day, more people are milling about in residential, retail, and business districts.

When I exit Grand Central Station in the morning, there is more foot traffic – people heading to work in the surrounding and heretofore vacant and seemingly abandoned office buildings. There are more cars on the streets (I never thought I would be happy to be in a cab stuck in traffic) but it’s a sign of vitality completely absent just a few months ago.

The ever-improving rollout and distribution of vaccines and the continued vigilance of New Yorkers to wear masks and, for the most part, abide by CDC guidelines has kindled a collective spirit of hope and optimism. Further evidence of the city’s resurgence is the increased ridership on public transportation.

Since last June, I’ve been riding the subway and have noticed a healthy rise in the number of commuters. Fortunately, I have observed nearly universal compliance in mask-wearing, and there are enough trains running that I can avoid crowded cars. I just wait for the next train.

Unfortunately, along with more people taking to public transportation, comes increased reports of crime and, sometimes, violent incidents. An unfortunate by-product of the pandemic has been more prevalent homelessness, more mental illness, desperation, and more anger. A recent survey revealed that people are wary of taking the subway because of the potential threat of violence more than the fear of Covid-19.

Until this past Wednesday, I took to the underground with nary a concern for my personal safety. I don’t stand too close to the platform edge and restrict my ridership to busy hours of operation. I avoid confrontation with the occasional “idiot” who refuses to wear a mask by moving further away. I discovered early on that those outliers who don’t wear a mask want to be confronted and only no good comes from those interactions.

But sometimes, despite one’s best efforts and intentions, trouble can unexpectantly rear its head. Such was my experience this past week.

I was in Grand Central Station heading down the ramp to the 7 Train when I heard a commotion coming from somewhere just ahead of me. My pace slowed as I rounded the corner and encountered a most disturbing spectacle: a man was physically and verbally assaulting a woman. Clearly, he had just hit her and was being forceful and aggressive in his advances on her. All the while, he was ranting at the top of his lungs, hurling curses, epithets, and threats of bodily harm.

Two women had come to her aid but were unable to fend off his advances, let alone provide protection. He was possessed with rage – indifferent and oblivious to the many people passing by and bearing witness to his shocking display of cruelty.

I was caught totally off-guard by the scene before me. While scrambling to collect my thoughts and assess the situation (all in a manner of seconds), I found myself positioned somewhere between the man and his victim.

I guess it was too late for that. So, I just stared at him as his “wife” inched away.  The man had an umbrella and raised it as one would raise a club. He continued to rant as I tried to remain calm and keep my wits together while still maintaining some separation. We began walking towards the platform, his wife a safe distance behind.

He was now fully channeling his anger at me. And just like that, he whacked the back of my head with his umbrella not once – but three times! More stunned than hurt, I realized it was time for me to assert myself. It’s not that my adrenaline was pumping in fight-or-flight mode. I just felt I had no choice but to take him on. Fortunately, I have a hard head. His umbrella didn’t fare as well.

What I had not noticed was the throng of people that had gathered around me in a protective fashion – like some kind of human shield. I also had not noticed that the poor victim had disappeared. As I was weighing my next move, a kindly gentleman reached out to me, and with a friendly grasp of my shoulder, asked me if I was okay. I nodded “Yes”. He suggested I walk away as the threat of harm to the victim was gone.

I descended to the train platform with at least six of the people who had gathered around me just moments ago, expressing kindness and concern for my well-being. As we boarded the train together, I felt a bond with these masked strangers who, as it turned out, were watching out for me. As I replayed the events in my head, I wondered, “what if the guy had had a knife? Or a gun? Should I have minded my own business?”

What-ifs can be more frightening than the reality that played out. I realize now there was no way I could have walked away from the situation and leave that woman unprotected. But…I could have handled the situation differently.

My dear patient Alexis, a former prosecutor for the District Attorney of New York, gave me some sage advice. What I could have done was to enlist others in such a way as to diffuse the situation without putting myself in harm’s way. I should/could have assertively spoken out and directed one of the bystanders to call the police and directed a few others to break out their cellphones and record the events. I could have tried to defuse the situation by speaking calmly to the guy and pointing out that help was on the way. And, told him that he was facing a whole lot of trouble if he didn’t stand down. 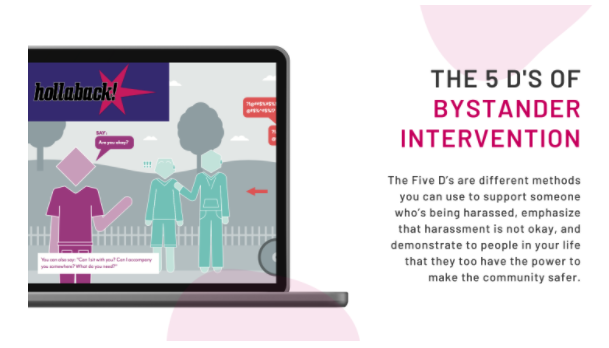 (There’s a link below if you want to get full details).

I shared this story with you because to be forewarned is to be forearmed. Enlisting the help of others when presented with a potential threat to your well-being, or someone else’s well-being is a smart move. Most people will act when given a call to action.

When all is said and done, I believe in the inherent goodness of people. Despite the existence of some pretty rotten apples.

Be safe. Be well. Be smart.