Note: My marketing consultant told me that this blog is too long, but I ignored her. Hope you enjoy it!

In the day-to-day course of any job or profession, repetitive tasks, while not exactly mundane, can and do become routine. There are of course subtle variations and nuances that alter the “playing field” and introduce uniqueness to each situation. This is especially true in my role as a dentist in new york city, when the “playing field” is the actual person receiving my care. A job “well done” is not just a beautiful porcelain veneer, a well placed crown, a successful and painless root canal or for that matter the completion of major cosmetic or restorative treatment. A job “well done” is not only measured by the success of the treatment, but also and especially by how it was received and experienced by the patient. And it is that experience and the personal feedback which follows that makes all the difference. Yes, I make my living from the fees collected for the services I render, but I gain self-worth, pride and sustenance from the appreciation, gratitude and improved quality of life of the patients I treat (and of course from the relationships I develop with them). 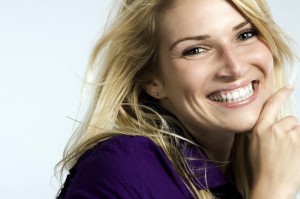 Just a few weeks ago, I received an unexpected email from a patient I had treated some years ago. At the time I knew “Kate,” she was a college and graduate student. She was a beautiful young woman who, do to no fault of her own, had an unsightly smile that betrayed her beauty. Over the years, she developed a well-practiced smile that concealed her teeth. I remember the day she and her parents came to my office for an evaluation and consultation. Kate had always dreamed of having pretty teeth and a smile to match. She was all too aware of her self-consciousness and her parents wanted to help her to the best of their abilities.

Long story short, after a number of months and several semesters of treatment, we created a dazzling smile for Kate that was natural and beautiful in appearance (they looked like beautiful teeth, not pretty crowns). So overjoyed was she the day we completed care that her eyes misted up (as did ours). That was several years ago and Kate had subsequently graduated and moved away.

Fast forward to now. As I was saying, I received word from Kate that she has once again relocated. One evening while out and about with some friends or co-workers, someone came up to her with no particular agenda to just say, “I couldn’t help but notice what a beautiful smile you have.” She wrote to me that evening to share. Her dream of a gorgeous smile was a reality. That she took the time to relay her experience and the unexpected surprise of her communication was the perfect beginning of my day. 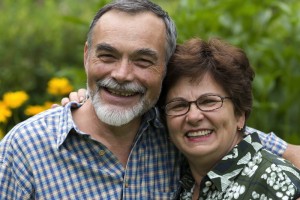 When I first met “Walter” it was clear that he had not seen a dentist for quite some time. His dental needs until very recently, had been the least of his problems. He had been a dedicated teacher but his health had deteriorated to the point that he was no longer able to conduct class. Several years ago, he had been forced to abandon the classroom for the waiting room, and into a retirement characterized by hospital stays and doctor visits. When Walter walked into my office, I joined the long list of doctors and health professionals that helped fill his days. (So much for the golden years ☹.)

Walter’s dental health had declined to the point that eating had become problematic. Had his physical and financial health been better, Walter would have been a candidate for implant dentistry whereby all of his remaining natural teeth would be removed and ultimately replaced with the help of strategically placed dental implants and a well designed dental restoration. Such was not to be.

Removable dentures were a valid and perhaps the only viable option (he had so few “treatable” teeth remaining) but Walter’s adamant refusal to give up what he had nixed the idea immediately. As frail as Walter’s physical state had become, he was a proud man and did not want to lose what little dignity he had left. No teeth in a bedside glass of water for him. Time for me to think out of the box.

Walter’s biggest problem was his inability to eat and the presence of multiple dental infections. After careful consideration, I suggested that we start treatment by stabilizing his upper teeth and eliminating all infections (top and bottom). My plan was to save five of his own upper teeth and fabricate a “permanent ” temporary bridge that would give him a nearly full complement of teeth. Give him back a part of himself that had been missing for such a long time: his smile, his self-respect, and some teeth to sink into something worthy and delicious. His only request, aside from the desire to avoid pain, was to maintain the space between his front teeth (a family trait that helped define him.) Strangely, it was the latter request for a gap-tooth smile that presented among the greatest challenges.

Treatment commenced and after six visits, Walter left the office with his upper teeth cemented in place (front gap conspicuously present) and just as important, with a little bounce in his step. His wife, who accompanied him on every visit, was tearfully overjoyed when Walter left the treatment room and flashed her a smile. A great almost celebratory feeling filled the office.

Unfortunately, Walter’s story doesn’t end here. As I had mentioned, Walter had originally presented with multiple dental infections accompanied by swelling. I had consulted with his physician about the swelling in his lower jaw. The hope was that this would resolve when the offending teeth were extracted. Such was not the case. Sadly, further evaluation including surgical biopsy led to the diagnosis of cancer of the jaw and salivary gland.

When Walter’s wife got the news, she called me in a state of frantic despair. She knew that he needed more dental care urgently because radiation therapy requires impeccable dental health. The risk of life threatening infection is very real.

It would not have been wrong, at least from a medical/dental perspective to extract Walter’s remaining lower teeth and make a full lower denture. Expeditious treatment was necessary because the radiation treatment and subsequent chemotherapy could not be delayed indefinitely. However, one side effect of Walter’s therapy, including irradiation of all of his salivary glands, would be permanent and severe dry mouth where virtually no saliva can be produced. Mouth ulcerations are another problem to be dealt with. A lower denture under these circumstances would be disabling and implants would be impossible, even at a future date, because of the radiation treatment to his jaw.

Walter had also exhausted his financial resources (it’s a sad reality that poor physical health can ruin one’s financial health and security.) He and his wife were dealt a bad hand and faced an arduous path ahead. Walter was already frail. Maintaining proper nutrition is paramount to wellness especially while undergoing cancer care. Despite the success of treatment of his upper teeth, Walter’s weakened and loosened lower teeth precluded him from chewing anything of substance. What to do?

Time for me to think out of the box again. I removed all but four of Walter’s remaining lower teeth. They were weak but not diseased. I made another permanent temporary bridge which when cemented in place gave Walter more teeth than he started with (9 lower teeth!). His treatment took ten days to complete including the making of fluoride trays to protect him from radiation-induced tooth decay.

When I saw Walter for his final follow-up visit, he told me that he had enjoyed a steak dinner for the first time in five years. That and a big hug from his wife were payment enough.

Yes, dentistry has been very good to me. It has afforded me so many pleasures and so many opportunities to make a difference in people’s lives. I have been enriched by the experiences. To quote Lennon and McCartney: