My Daughter’s Getting Married! 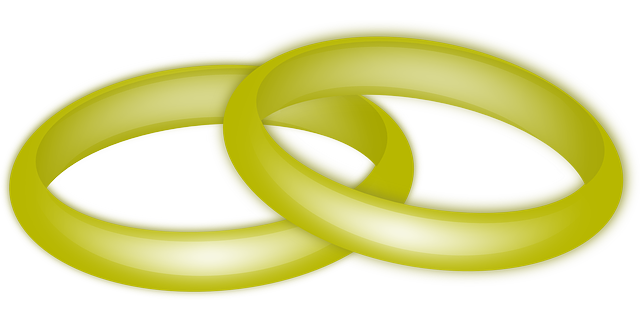 ….and in the blink of an eye, or so it seems, my baby girl has grown up.

Three weeks ago my daughter Ashley became engaged to her wonderful boyfriend Steven. Of course, this engagement came as no surprise to anyone. They share a certain chemistry that has been obvious from the get-go. Close friends and family unanimously adore Steve for his easygoing manner, quiet intelligence and affable personality. More importantly, when Ashley and Steve are together there is a certain ease and tenderness between them that is all but impossible to miss. 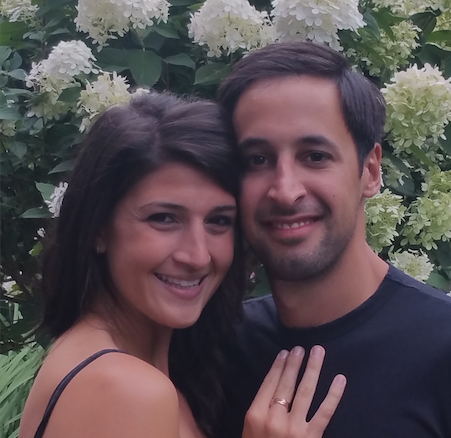 No, it was never a question of if they would get engaged but rather when Steve would finally get around to popping the question! Not that my wife Ann and I, or for that matter Steve’s parents, had some sort of timetable in mind…but then again, maybe we did!

Ashley and Steve have been together for three, going on four, years. Not to mention living together for almost two! And while patience is a virtue…tick-tock tick-tock…

Now, Steve’s parents Lou and Diane are awesome people and I’m not just saying that for brownie points. My wife Ann and I really enjoy their company. In fact, we’ve spent several holidays together including this past Father’s Day. It was a beautiful sunny day and the four of us were sitting around asking each other if we knew anything about our children’s plans. Steve’s parents had no news to reveal or insights to share. And Steve and I hadn’t had the requisite conversation that occurs between a future father- and son-in-law. So I had no news to report, either.

Leaving nothing to chance, I was not subtle either to my wife or daughter about my desire to have THE TALK.

A few martinis, a bottle of wine and a lovely three-course dinner later I said, “Steve, just wondering. Do you have something specific on your mind?” It was then that Steve asked for my blessing. (Hallelujah, Hallelujah!!!)

Apparently, the ring was burning a hole in his pocket because just three days later the seminal event occurred. Following a romantic sunset dinner, on a sandy beach under a starlit sky, on bended knee (so I’m told) Steve proposed to Ashley. 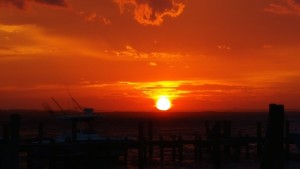 And in the flash of a moment, with a snap of the fingers, in the blink of an eye, we rocketed from 0 to 100mph with an urgency to plan a wedding that has almost given Ann and me whiplash. (More about that later.)

I am elated to embrace Steve into our family. He is an extraordinary young man who is completely devoted to our daughter in every way. And how he adores her. I have witnessed him gaze upon her whilst she was unaware and just break out with a spontaneous smile. They share a beautiful bond and a wonderful friendship. He is, as my mother would say, a Mensch. Truth be told, he is all one could wish for in a son-in-law.

No, I am not losing a daughter, I am gaining a son. Shortly after the two lovebirds returned to our home with rapture in their hearts and a diamond on Ashley’s finger, beneath my unequivocal joy I couldn’t deny the presence of a subtle wistful feeling. This was a subliminal sensation that I only just identified in a recent epiphany. Perhaps I can best describe it as a Fiddler on the Roof/Sunrise Sunset moment: Is this the little girl I carried? Is this the little boy at play? I don’t remember getting older. When did they?

Where did the time go?

It seems like only yesterday Ashley and I were driving to AAU basketball tournaments all over the Northeast every weekend for six years running. What an amazing experience for a father to spend so much quality alone time with his daughter.

But no, it wasn’t just yesterday. It was more than a decade ago. What happened in those ensuing years? Could I have, should I have, spent more time with her off the court? Could I have been more involved when she wasn’t playing ball? Did I drop the ball?

When Ashley told me that Steve wanted her to change her name when they got married I am ashamed to say I was a bit crestfallen. Ann didn’t change her name when we got married. I just assumed that Ashley would do the same. After all, Ashley is following in her mom’s footsteps and is now working side-by-side with her as a hand therapist. I am embarrassed to admit feeling a bit marginalized or perhaps pushed aside. My time as the central male figure in my daughter’s life had come and gone.

For the past week Ann and I have been backpacking in the Canadian Rockies. I can think of few things more inspiring than crisp mountain air, beautiful vistas and brisk heart-pumping hiking through the rugged mountainous terrain around Lake Louise. Over the meadows, through the woods, under azure blue skies, surrounded by the awe and wonder of Mother Nature, hypnotized by the cadence of my own heartbeat, I became lost in introspection. In a cathartic moment I identified the undercurrent of unconscious thoughts that had been insidiously casting a shadow on my happiness.

What I perceived as mourning lost opportunities was in fact trouble letting go. Clarity of mind is such a gift. It can be so viscerally invigorating and so liberating. With a clear view of emerald green that lay beneath a majestic glacier I took a deep cleansing breath of relief and dispelled my misgivings from my head and heart.

It was never Steve or me. It is Ashley & Steve and Ann & me and Lou & Diane. The merging of families. Satenstein and Sinkin. Sinkin and Satenstein. The freedom of and versus the tyranny of or.

And I will be the proud papa giving my precious daughter away to a most deserving and loving man. 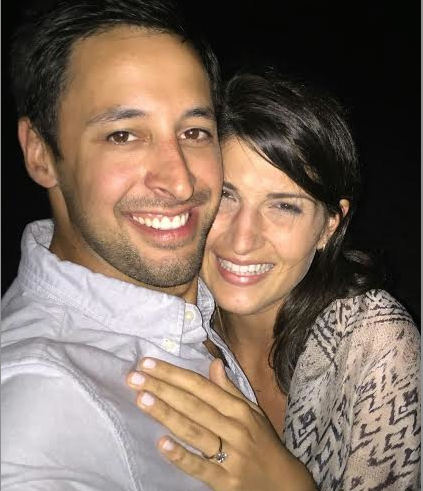