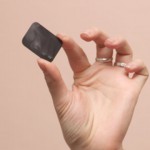 “Radiation Worries Rise with 3-D Dental Imaging”  was an article that appeared this past Tuesday, November 23, on the front page of the New York Times. The article continued  for two more pages describing what could be a serious problem in the practice of clinical dentistry. The article addresses the use (over-use) of cone beam CT scans (“Cat scans”) in some dental offices.

Up until about six years ago, it was common for a dental patient contemplating implant surgery or complicated oral surgical procedures to be referred to a medical radiologist for a CT scan of his upper or lower jaw. Sometimes this represented an inconvenience to the patient both in time and cost and always resulted in more exposure to radiation. With the development of cone beam CT scans designed for private dental offices, patients could have the necessary radiographic imaging with a ten-fold decrease in radiation exposure (compared to the medical scan) and not have to “schlep” elsewhere.

Sounds like a giant leap forward in the delivery of care, right?  Not so fast.

The article goes on to describe how over the last decade this new technology has gained so much popularity in private practices (especially orthodontic and some other specialty practices) that many patients may have been subjected to too many CT scans, unnecessary CT scans and an over-exposure to radiation. In this instance, too much of a good thing is not good at all, in fact it could be out right dangerous. (“Children are 5-10 times more sensitive to radiation than adults.) According to the F.D.A., you double the dose, you double the risk.

With the explosion in implant dentistry, the indication for a CT scan has increased. (“Seeing images in 3D helps to identify vital structures prior to subjecting patients to invasive surgery.”) The advent of the cone beam 3D CT scan, when used appropriately, can be seen as a major advance.

The problem lies in the misuse/overuse of this technology. Some orthodontists have been using  CT imaging as a routine screening tool. This is wrong.

The American Association of Orthodontists has stated that while cone beam CT scans may be indicated in special circumstances, a conventional panographic x-ray examination is sufficient in most cases. Even endodontists (root canal specialists) have been using modified cone beam CT scans to facilitate diagnosis and treatment of difficult cases. Even though their scanners have much smaller fields and lower radiation output, the American Association of Endodontists released a position paper recommending limited (and certainly not routine) use of cone beam scans.

In my view, there needs to be judicious thought when acquiring and utilizing new technology.  Everyone loves new gadgets-just look at the popularity of the I pad. There’s much to be said about the “wow” factor of new bells and whistles, not to mention the potential for increased revenues. However, a responsible clinician needs to strike a balance between facts and hype. (The latter often provided by the equipment manufacturer.) A practicing doctor must perform a cost/benefit analysis i.e., Does the additional information obtained from a scan justify the risk associated with greater radiation exposure?

For the record, I celebrate new technological advances in dentistry, but I never want to be the first on the block with a new “toy.” I give it time for the bugs to be worked out and for my peers to review it.

I will not “experiment” on my patients.

One last point that was brought up in this valuable article: Most dental practices in the United States use slower D film for their routine x-ray exams versus the faster E or F film. Five years ago, I introduced digital radiography in my office (no film, just specialized sensors and a computer). This has resulted in as much as an 80% reduction in radiation exposure per film. I have also acquired a diagnostic laser, which can help detect tooth decay without radiation, and I have introduced Velscope to my practice to that enhances early diagnoses of oral cancer. None of these  technologies has added to patient cost but has certainly enhanced care. I do not plan on acquiring a cone beam CT scanner.

I want to finish this piece by quoting a colleague of mine who was responding to the obvious profit motive of colleagues who acquired cone beam CT scans predominantly for its potential revenue stream. “If I bought a $150,000 hammer, everyone would look like a nail.”

As your general dentist, I consider myself to be responsible for your dental health and general well being as it relates to your dental care. If you have concerns or questions, do not hesitate to contact me.